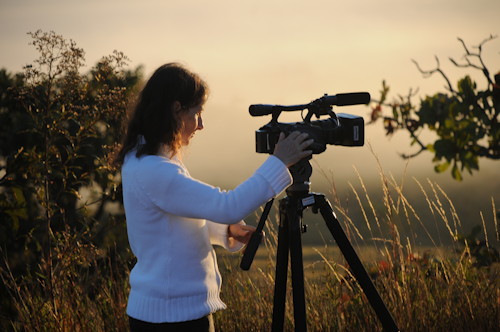 Michelle Mahrer is one of Australia’s leading dance filmmakers. She specialises in films about dance and spirituality which include documentaries, short dance films choreographed specifically for the camera and dance performance films.

Michelle has a dance background and is a graduate of the Australian Film and TV School. At the beginning of her career she lived in New York for 8 years where she became a well known music video director represented by MGMM films working with international artists such as Jo Cocker, Grace Jones, Michele Shocked, Stanley Clarke , Shawn Colvin, and Peter Wolf. Whilst in New York she met free form dance pioneer Gabrielle Roth who commissioned her to create several dance films about her work.

She returned to live in Australia in 1993 and since then built an international career directing award winning films about dance. These include documentaries “URBAN CLAN” a portrait of the Page Brothers and the Bangarra dance theatre Australia’s leading indigenous dance company. “THE BLACK SWAN” a portrait of Meryl Tankard one of Australia’s most innovative choreographers and “THE THREE BALLERINAS” a portrait of leading Australian ballerinas Lucette Aldous, Marilyn Jones and Marilyn Rowe, and short dance films “DVOID” a collaboration with GRAVITY FEED performance group, “XIDU” a short dance film about rhythm, and “HORIZON” featuring the work of post modern choreographer Eva Karczag. 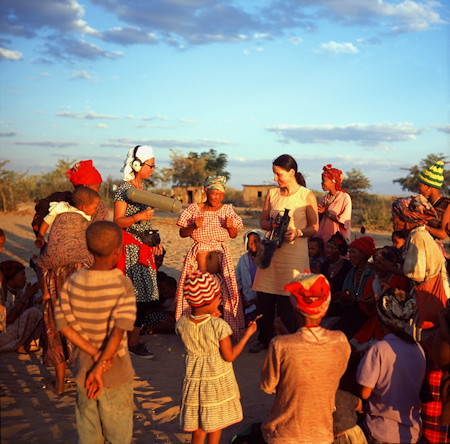 Michelle met Producer Nicole Ma while living in New York. Their collaborations included several music videos and documentaries including “KURTAL SNAKE SPIRIT” which follows the journey of an Aboriginal elder and his family back to their traditional lands, and “DANCES OF ECSTASY” which explores how different cultures around the world connect with a spiritual dimension through dance and rhythm. DANCES OF ECSTASY has toured extensively internationally and continues to inspire audiences and is often presented as part of an experiential dance event.

Since completing DANCES OF ECSTASY and inspired by her lifelong passion for the healing power of dance, Michelle completed studies in Dance Therapy and became an accredited teacher of 5 rhythms dance – a movement meditation practise developed by Gabrielle Roth. She continues to make films and also facilitates classes and workshops in 5Rhythms dance and Dance therapy inspiring people to discover the freedom and joy of dance within us all. She is currently in post production of a documentary about Brazilian spiritual healer Joao De Faria Texeira.