The Three Ballerinas is a one hour performance documentary that celebrates the lives of three of Australia’s greatest ballerinas – Lucette Aldous, Marilyn Rowe and Marilyn Jones. All three of these remarkable dancers were prima ballerinas in the 1970s during the golden years of The Australian Ballet when Peggy Van Pragh was artistic director.

Aldous, Jones and Rowe are still very active in the Australian dance community as teachers with Lucette Aldous and Marilyn Jones both teachers at the West Australian Performing Arts Academy and Marilyn Rowe head of the Australian Ballet school. They each talk openly about their ballet careers, featured roles, favourite partners, self doubt and physical pain to produce a candid picture of the world that ballerinas inhabit.

The program features dance sequences drawn from the archives of The Australian Ballet , ABC TV and from home movies shot by members of the ballet. Some of these include Lucette Aldous dancing with Rudolf Nureyev in Don Quixote; Marilyn Rowe in Swan Lake and Romeo and Juliet and Marilyn Jones in Lady and the Fool and School for Ballet. 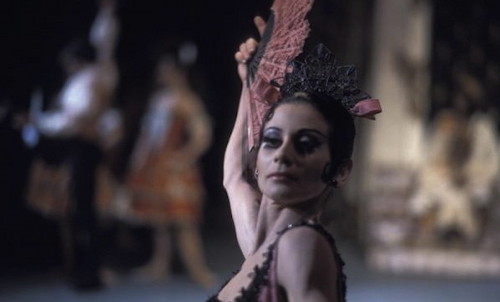